This deal was posted on December 21, 2020 Leave a Comment 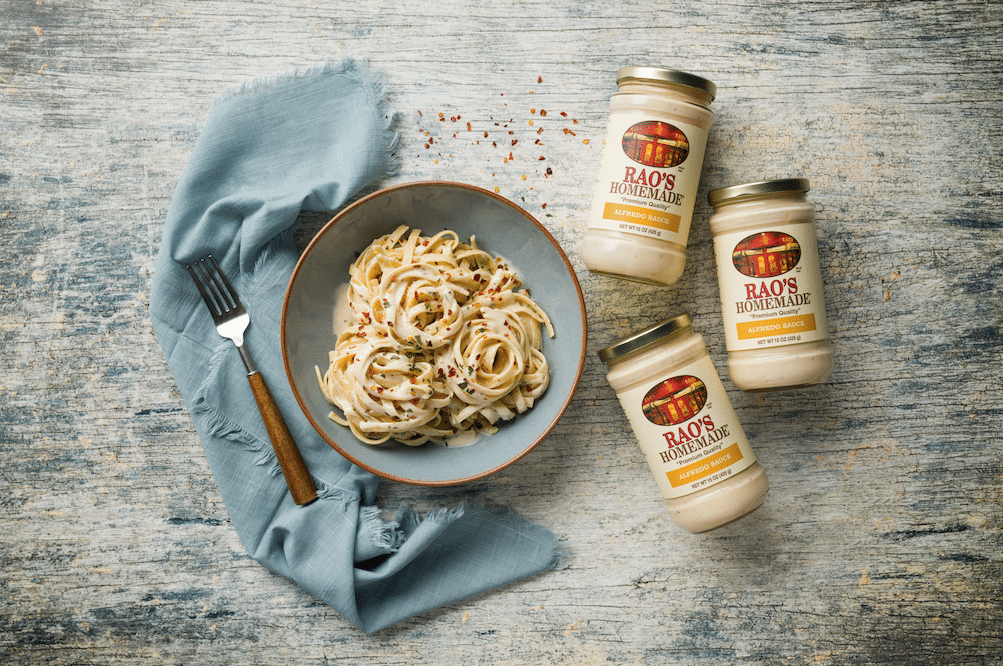 NEW Coupons for Rao’s Homemade Pasta Sauce, Soups and Entrees on sale at Safeway.   Get the soup for just $2.49, entrees for $2.99 and pasta sauce for just $4.99 a jar with the new coupons and sales.

There is a cult following of Rao’s Homemade Pasta Sauce, soups, and entrees.   It also doesn’t hurt that the writers at Bon Appetit magazine have dubbed Rao’s the BEST jarred pasta sauce on the market.   The pasta sauce has no added sugar, which already makes it unique among the sea of pasta sauces on the shelf.

From the moment the Rao family began creating authentic Italian pasta sauces served in Rao’s legendary New York restaurant, and later at Rao’s Las Vegas and Rao’s Los Angeles, creating a delicious sauce made from only the finest ingredients has been an obsession.

Rao’s uses high-quality tomatoes and olive oil, without any added preservatives or coloring. The rest of the ingredients won’t surprise you: salt, pepper, onions, garlic, basil, and oregano.

Rao’s marinara sauce is very well-balanced with a sweetness that comes solely from tomatoes, onions, and garlic with no added sugar.

While all of these flavors and ratios are important, there’s one ingredient that sticks out more than the rest. In fact, you can tell it’s there immediately. Rao’s uses a large amount of olive oil.   You can see it sitting right on top of the sauce before you even crack open the jar.  That oil is the key to a fantastic, well-rounded marinara.

The pasta sauce is not cheap – but if you are into homemade tasting pasta sauce without any added sugar – the $7.99 a jar price point may be nothing to you. 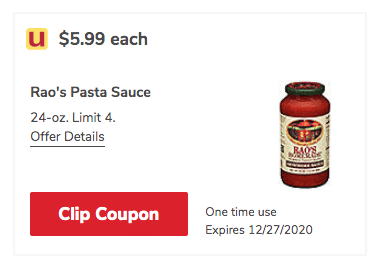 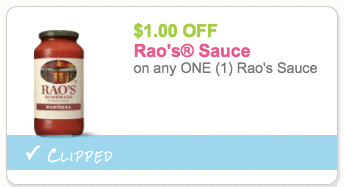 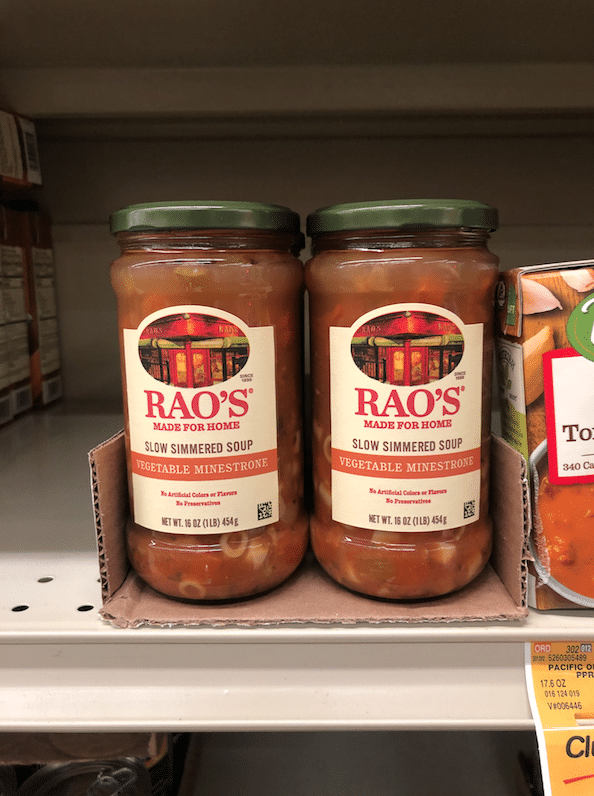 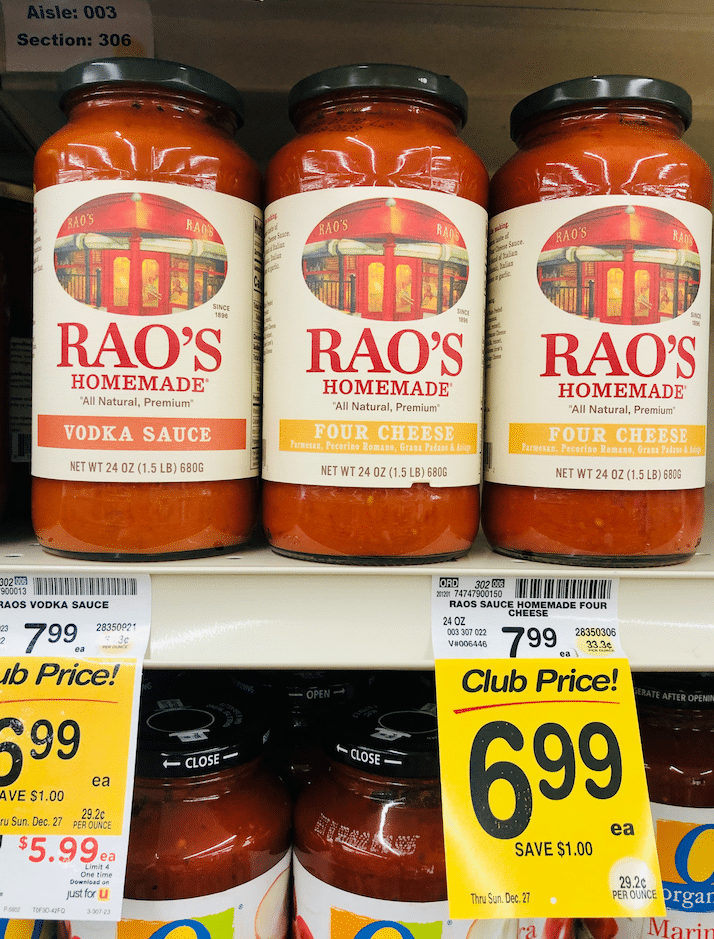 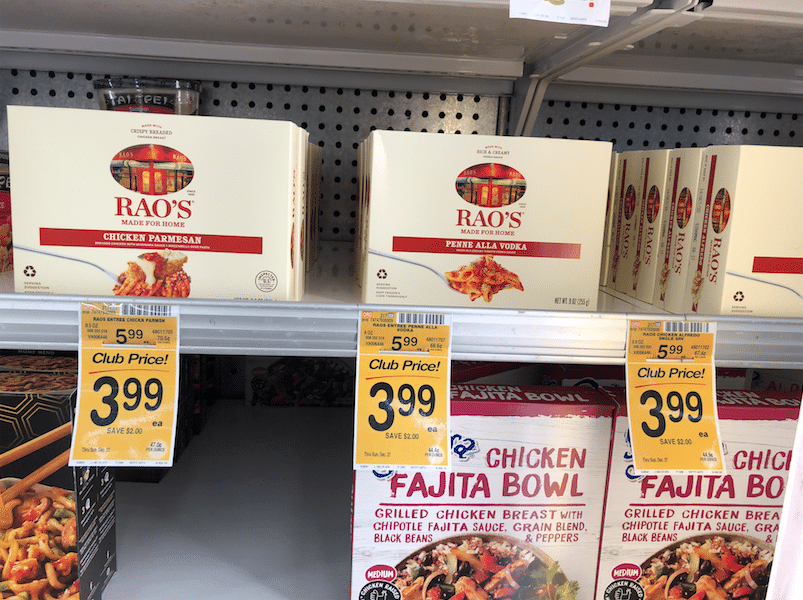 Never miss a deal, subscribe now for all the latest from Super Safeway!

Thank you for joining us on SuperSafeway! Super Safeway was launched by a Colorado Mom of three, who just like you wanted to save on her weekly grocery bill! We are dedicated to helping you find the best prices and lowering the amount you spend each month on groceries!   If you are new to couponing at Safeway, please read our Safeway Coupons 101 and visit our guide to the Safeway Just for U App to learn everything you can about how to stack up Safeway coupons during your next shopping trip. All Denver division Safeway Stores double coupons up to $1.00! The Safeway Weekly Ad is released every Tuesday and our team of shopping experts sorts, organizes and categorizes which available Safeway coupons pair best with this week’s current sale. Matching coupons allows you to save the most each week.